The road to the UN Climate Change Conference in Glasgow

This year is an important one for international climate policy. After a two-year break due to COVID, the 26th UN Climate Change Conference of the Parties (COP26) will be held in Glasgow, Scotland from 1 to 12 November.

According to the United Nations, global warming will reach approximately three degrees Celsius by the end of the century unless effective action is taken at international level. This figure exceeds the mitigation target set in the 2015 Paris Agreement, a legally binding treaty ratified by 189 countries and the EU which commits parties to reducing their greenhouse gas emissions. The aim is to keep the average global temperature increase well below two degrees Celsius compared to pre-industrial levels.

Switzerland is among the signatories of the Paris Agreement. In the run-up to the COP26, the country is working actively to make the conference a success. Switzerland is seeking consistent and effective regulations that apply to all countries equally, with negotiations focusing on three areas. Firstly, when a country reduces the greenhouse gas emissions it generates abroad, this reduction should only be counted once (rather than counting for both countries). Switzerland would also like to see investment increased, especially in climate protection measures in developing nations. And finally, every country should develop strategies to become climate neutral by 2050.

From 30 September to 2 October Federal Councillor Simonetta Sommaruga attended the preparatory meeting in Milan for the UN Climate Change Conference (COP26). Among other issues, Switzerland campaigned there to prevent double counting of the greenhouse gas emissions that countries reduce through climate protection projects abroad. Switzerland's climate agreements with Peru, Ghana and Senegal demonstrate that positive solutions can be found in the interests of both Switzerland and the country in question. Thanks to these climate agreements, Switzerland and Swiss companies can make a greater contribution to global climate protection than would be possible through domestic measures alone. Another pending issue ahead of November's major climate conference in Glasgow is the timeframe in which each country intends to formulate its climate targets. COP26 President Alok Sharma tasked Federal Councillor Sommaruga and Rwandan Environment Minister Jeanne d'Arc Mujawamariya with seeking solutions in this regard. The two ministers are currently examining how countries' climate targets could be better coordinated in terms of time. To this end, they held a series of consultations in Milan with the main countries concerned.

Video conference on the coordination of climate goals

On 7 September, around forty environment ministers held a video conference to discuss the issue of whether countries could in future better coordinate timeframes for their climate goals. Federal Councillor Simonetta Sommaruga led these international talks together with Rwandan Environment Minister Jeanne d'Arc Mujawamariya. Alok Sharma, the president of the 26th UN Climate Change Conference, has tasked the two environment ministers with seeking a solution before COP26. The proposals are to be presented at the end of September at the Pre-COP in Milan, which serves to prepare for COP26.

On 5 August 2021, Federal Councillor Simonetta Sommaruga held talks with John Kerry, the US Special Presidential Envoy for Climate. The virtual meeting focused on global climate protection. Both countries believe that international efforts are vital to counter the advance of global warming.

Federal Councillor Sommaruga attended the Ministerial Climate Meeting in London on 25 July 2021. At the meeting, she held bilateral talks with Alok Sharma, the President of COP26, and the Norwegian Minister of Climate and Environment Sveinung Rotevatn.

In the run-up to COP26, Federal Councillor Sommaruga will work with the Minister of Environment of Rwanda, Jeanne d'Arc Mujawamariya, to ensure that all countries formulate their climate target for the same year. Alok Sharma has asked the two ministers to work on this in an official capacity. 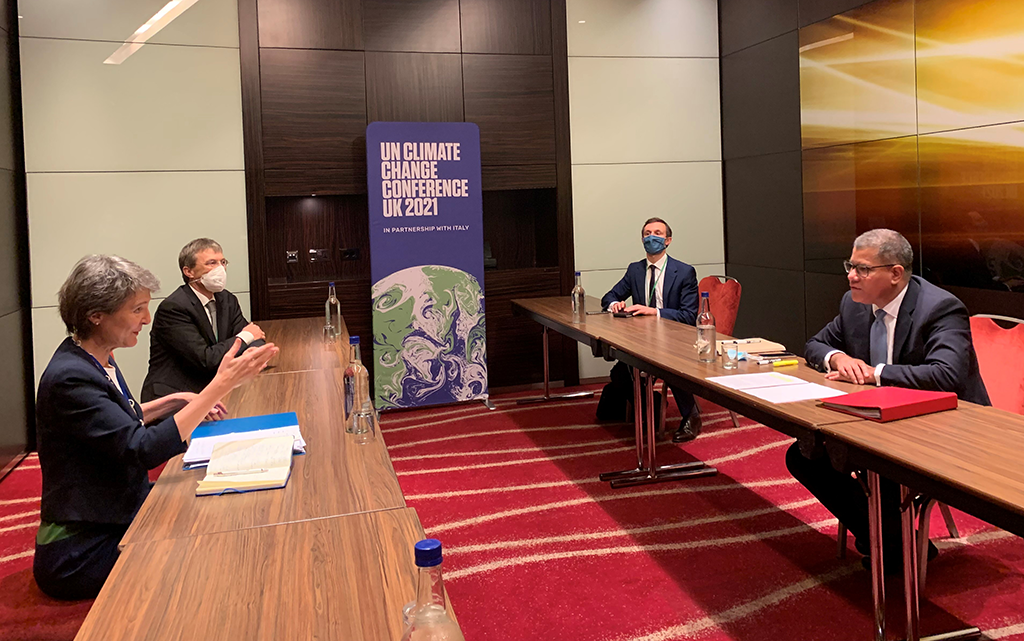 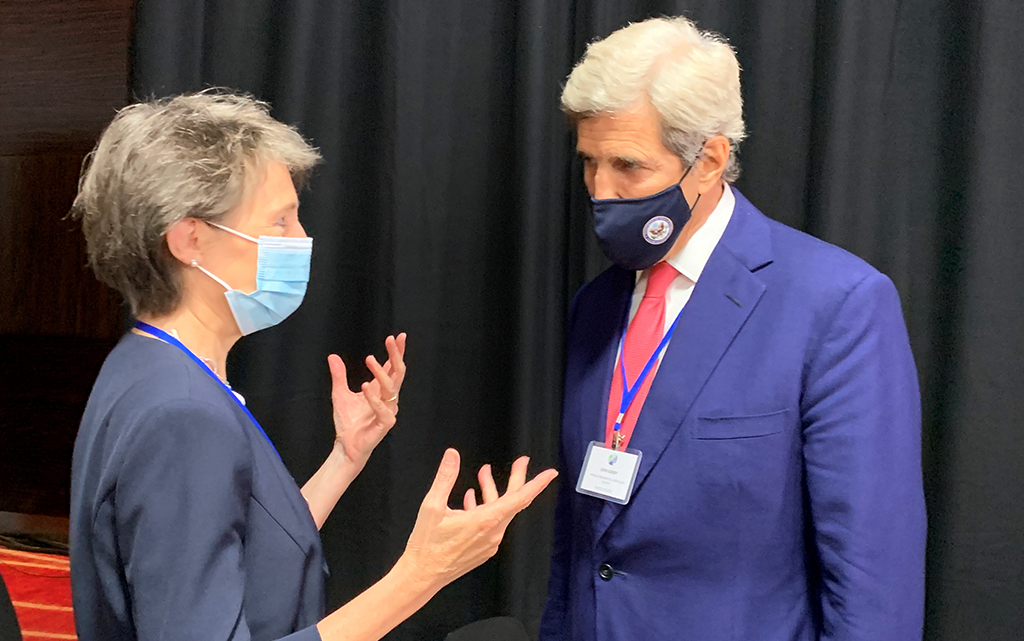 Sveinung Rotevatn, Minister of the Environment of Norway

Tweets relating to the discussions from March to May 2021

4 May 2021, Meeting of environment ministers of German-speaking countries

Meeting of environment ministers of German-speaking countries (04.05.2021 - in French)