Federal Councillor and DETEC head Simonetta Sommaruga went on a virtual trip to California from 21 to 24 June 2021. This trip was made possible thanks to modern communication technologies. Climate, energy and transportation were the main focal points of this visit, which included all of typical features of a conventional trip. Ms Sommaruga visited a train assembly plant and observed the effects of climate change on nature in California. By and large, she was very satisfied with the virtual experience: the test run was successful. In the future, this climate-friendly means of travelling could become a viable option for certain destinations.

At a press conference on 25 June 2021, Federal Councillor Simonetta Sommaruga summarised her virtual working visit to California. Her summary with impressions of the trip can be found in the following video.

At the end of her virtual visit of California, Federal Councillor Sommaruga took a virtual bicycle tour through San Francisco, accompanied by Consul General Benedikt Wechsler and tour guide Torsten Möller. One highlight was a visit to the San Francisco Public Library, which seeks to provide free and equal access to information and knowledge. During the Corona pandemic in the summer of 2020, many library workers were assigned to help the disabled, distribute food to the homeless, work at Corona testing sites. 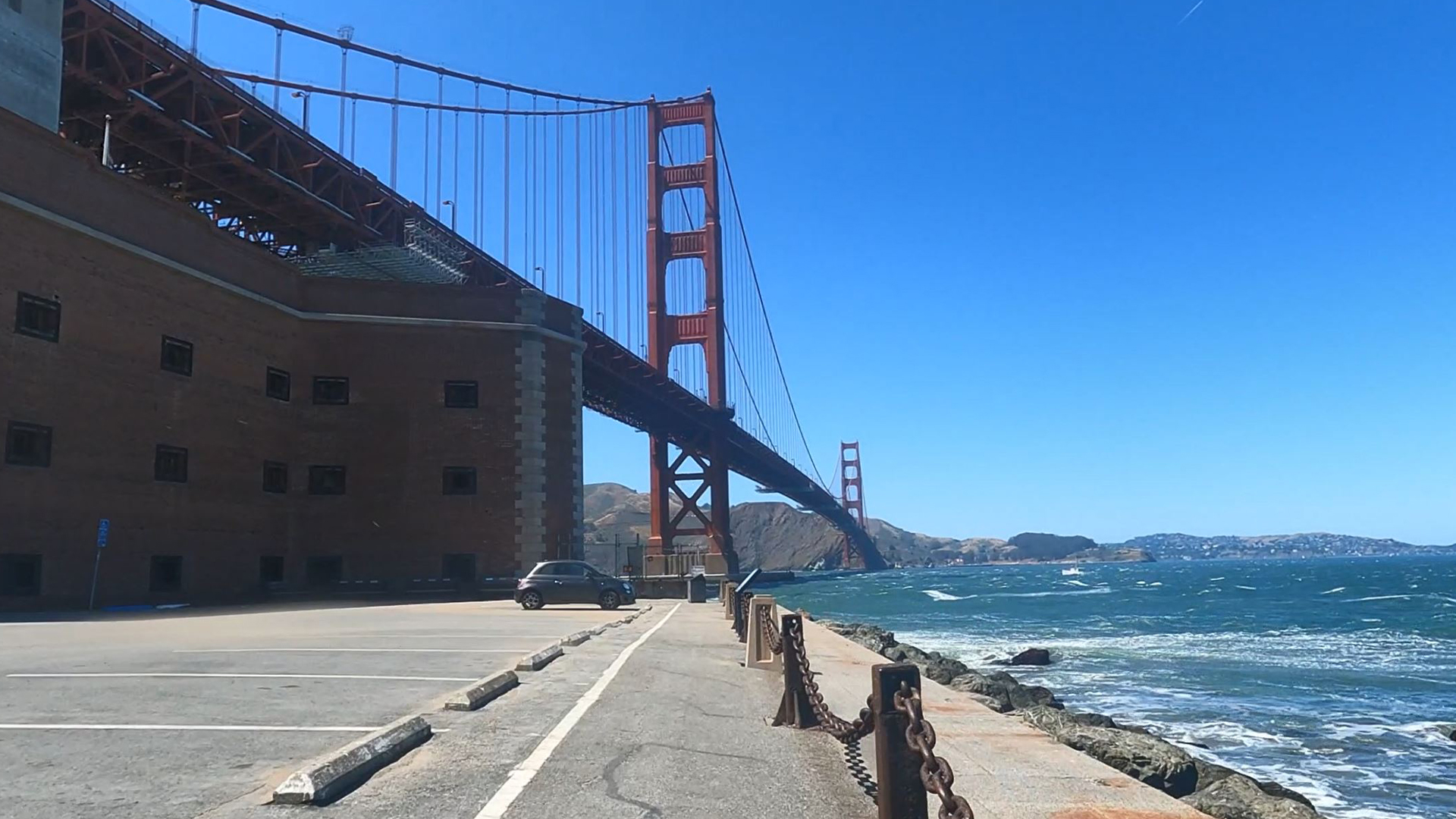 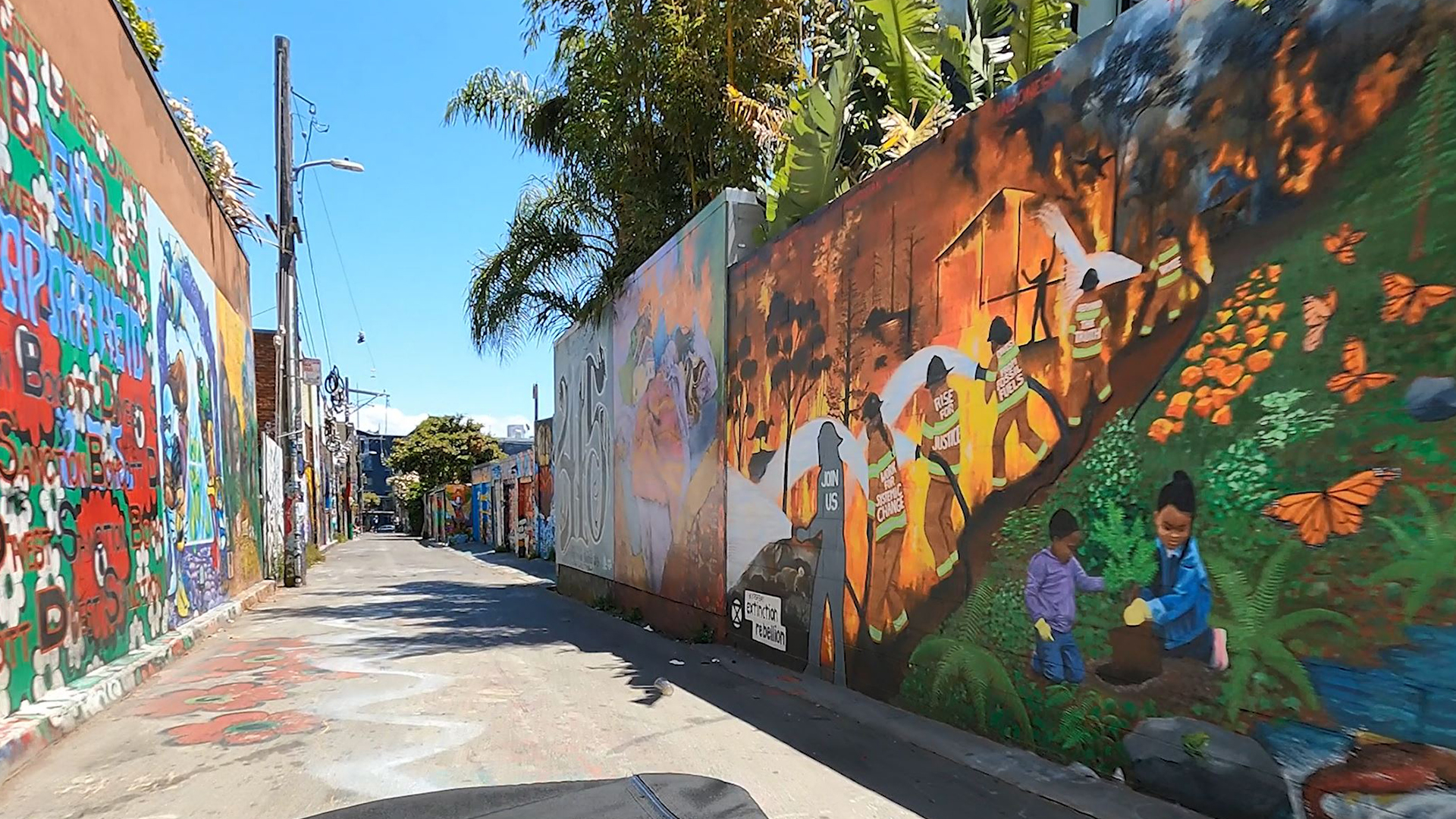 Exchange of experiences and future planning for climate change

Swiss companies Galliker Transport AG and Kühne+Nagel AG have joined efforts to develop climate-friendly solutions for logistics of the future. Galliker Transport AG has recently developed the 'Green Logistics by Galliker' concept to adapt its logistics processes to steadily mitigate the negative impact on the environment and reduce consumption of non-renewable resources. Kühne+Nagel's Net Zero Carbon initiative aims to achieve climate neutrality for the company's ocean freight transport activities by 2030.

Most passenger and freight trains in California still run on diesel. Certain railway lines are being electrified as part of a programme. Stadler Rail has also benefited from this by selling trains. In 2024, California wants to use the first hydrogen-powered train from Stadler for passenger transport.

In recent years, California has invested massively in the expansion of the transit and rail network. The aim is to reduce CO2 emissions and congestion on the highways. California is also pushing ahead with the electrification of transport. Companies like Tesla or Stadler Rail play a major role in this process.

Impact of climate change on winegrowing in the Napa Valley

Federal Councillor Sommaruga visited Napa Valley to see first-hand the consequences of climate change. This valley north of San Francisco is famous for its wine - and is increasingly suffering from the effects of climate change. In recent years there have been regular large-scale bush fires that have destroyed the vineyards. Swiss winemaker Christina Lüscher-Ballard, who emigrated to California, has also been affected. In the following video clip, she talks about the fires and explains how she copes with the constant risks. A video shows the situation on the ground.

In the subsequent discussion with Christina Lüscher, Ms Sommaruga said: 'Your account is very moving. What happened to your vineyard clearly shows how climate change is affecting nature, agriculture and people.' The head of DETEC and the couple then discussed measures that are needed for successful winegrowing in the future.

The future of winegrowing: Discussion

David Hochschild is Chair of the California Energy Commission, which is responsible for energy planning in California. This US State wants to become climate neutral by 2045. In recent years, California has massively expanded renewable energies, especially photovoltaics, partly thanks to subsidies and partly thanks to innovative climate-friendly technologies. Federal Councillor Simonetta Sommaruga spoke with David Hochschild about how the decarbonisation of the economy and the expansion of renewable energies can be managed and what opportunities this brings. David Hochschild and the head of DETEC agreed that the switch from fossil fuels to renewable energy sources offers tremendous economic potential.

Federal Councillor Sommaruga attended an online meeting with representatives of the electric car manufacturing company Tesla to share experiences and she informed herself about the state of climate-friendly technology.

The programme on day 2 of the virtual working visit to California featured a tour of Muir Woods National Monument. This is where the world’s tallest trees grow, the giant redwoods. In California, they can reach a height of 79 metres.

The virtual tour of Muir Woods highlighted the importance of the forest for biodiversity and as a CO2 reservoir. Protected areas of this kind and national parks are important for our environment; they also serve as recreational spaces and provide jobs.

Afterwards, Federal Councillor Sommaruga took part in a discussion on the role of the private sector in climate protection. Alongside government measures, innovation and financial resources from private individuals are important in limiting the impact of climate change; California benefits from a thriving culture of innovation. The roundtable panel included fund manager and environmentalist Tom Steyer, entrepreneur Hansjörg Wyss, climate scientist Sonia Seneviratne, entrepreneur and consultant Freada Kapor Klein, and environmental scientist Jon Foley. Representatives from four startups from the USA and Switzerland also presented their ideas for a climate-friendly future.

On 21 June, Federal Councillor Simonetta Sommaruga began her virtual working visit to California. The visit kicked off with a meeting between the head of DETEC and the Lt. Governor of California, Eleni Kounalakis. The talks focused on measures to tackle climate change.